The chapter’s OrgelKids instrument has started its touring around the state with a March 1-3 weekend event at First Church of Christ, Congregational in Farmington where chapter member Edward Clark is Minister of Music. The event was part of the year long celebration of the 50th anniversary of the installation of the church’s Holtkamp organ. The church’s young people assembled the kit in about thirty five minutes and after giving everyone a chance to try playing and pumping the organ, the OrgelKids instrument and all the people moved across the church campus to the Meetinghouse to hear the world premier of a piece commissioned by the church for this occasion. The composer, Tom Schmutzler, is also a Hartford Chapter member even though he now lives in North Carolina. His piece, David and Goliath; a musical fantasy for OrgelKids organ and Organ, was performed by a local middle school aged boy on the OrgelKids (David) and Ed Clark on the big organ (Goliath) and proved to be lots of fun and received a rousing ovation.

On Sunday morning David and Goliath was repeated as the Children’s Message. The OrgelKids instrument was used throughout the service playing the recorder part of Alessandreo Scarlatti’s Quartetto in F for blockflöte, two violins and basso continuo as well as movements from Loeillet de Gant’s Sonata in A Minor, Op. 1, No. 3 for blockflöte and basso continuo. Accompanying instruments included a string trio of middle school musicians and harpsichord.

Next the OrgelKids kit moves on to the middle school in Enfield where chapter member Susan Carroll will help her husband introduce the organ to his students.

If you are interested in learning how to assemble and demonstrate this small working organ or wish to reserve it for your event, please contact Susan Carroll, . 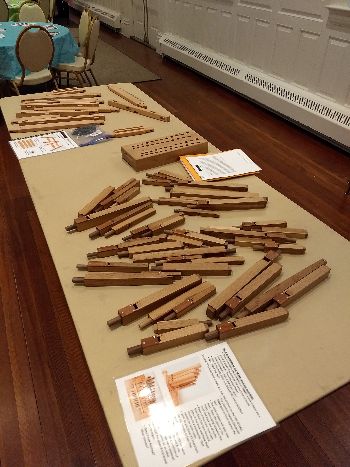 The frame is ready for assembly, the pipes are ready for sorting by type and by size, and the toe board is waiting to receive the pipes. 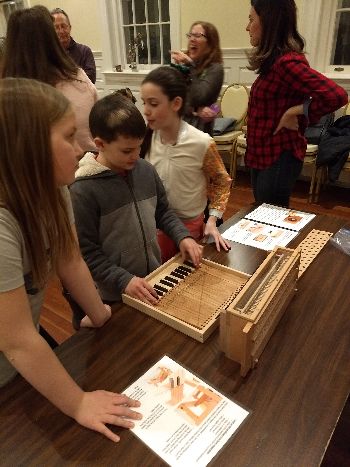 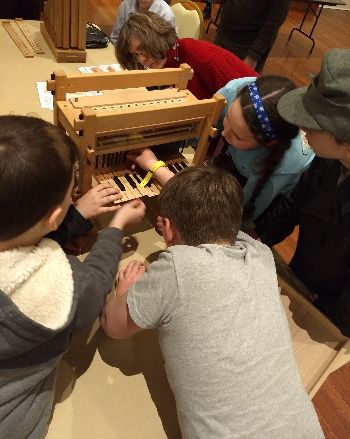 Attaching the trackers to the keyboard is one of the hardest tasks, but it’s no problem for these kids! 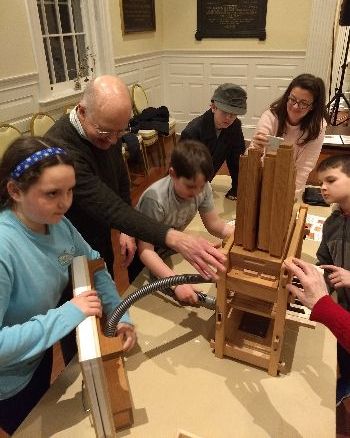 The last step: attaching the bellows to the wind reservoir. 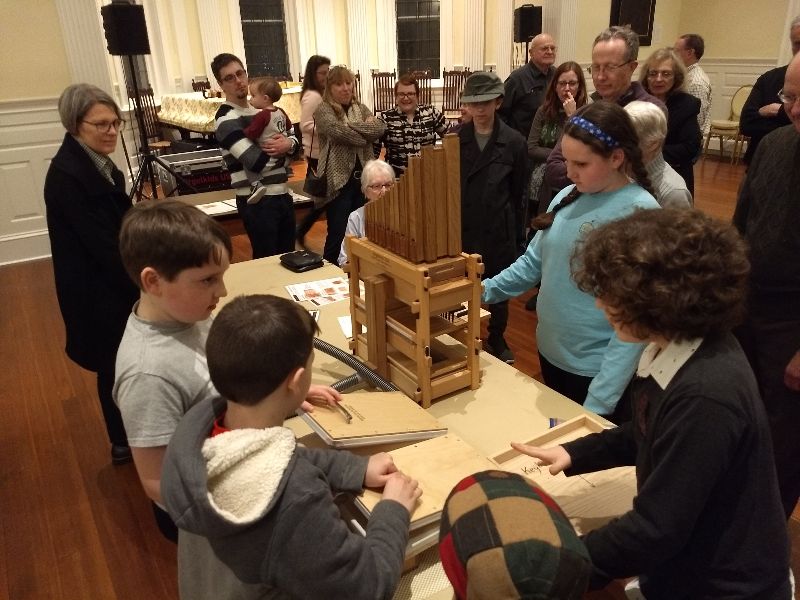 Testing it out and learning how to pump the bellows.