I recently discovered a fascinating web page dealing with the depiction of the pipe organ on film. John Karl Hirten, composer and organist, has compiled an extensive list of over a hundred films featuring scenes with pipe organ, complete with detailed comments about the movie plots, music, organs and performers. A quick perusal yields some predictable results: scenes set in cathedrals and country churches, funeral and wedding scenes, plenty of blood-curdling horror scenes and quite a few scenes in which the famous Toccata is performed by various types. But there are also many descriptions of quirky scenes with organ that beg to be investigated. Here are a few recommendations to get you started: 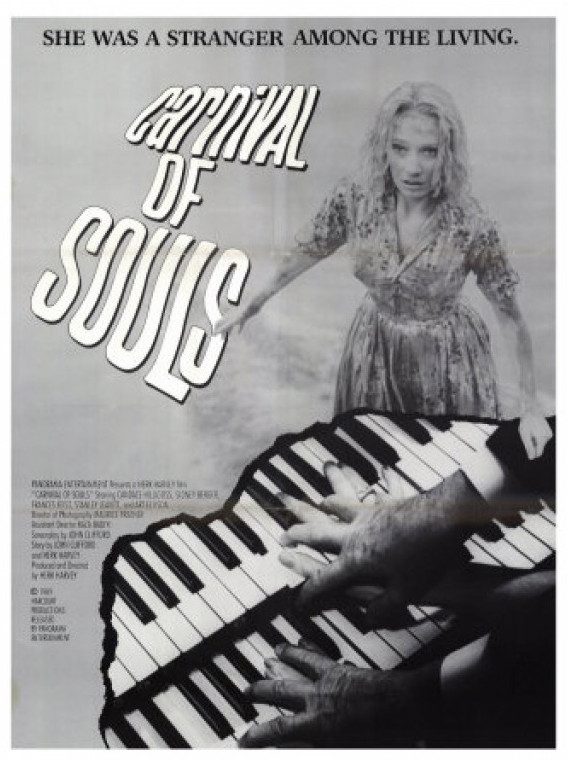 Carnival of Souls (1962) is one of the few movies featuring a church organist as the central character. This creepy cult classic was produced in connection with Centron Studios, a Lawrence, Kansas film company, and the film has scenes which take place in the Reuter Organ Shop and Trinity Episcopal Church, both in Lawrence. While the lines of the plot are quite simple, the interwoven themes and sub-themes – music, the church, the soul, the sacred and the profane, the nature of reality – are presented in a way that leaves many possible interpretations. This strange film has a dream-like, nightmarish quality which is unsettling, perhaps, but quite compelling. The score by Gene Moore is composed entirely of solo organ music.

The protagonist of Joseph Vilsmaier’s Schlafes Bruder (Brother of Sleep, 1995) is a young man, Elias, a transcendent musical genius, who leads a difficult, painful life in rural 19th century Austria. In the climactic point of the movie (and of his life?) Elias extemporizes on the chorale Komm, O Tod, du Schlafes Bruder in an improvisation competition, filmed at St. Barbara’s Church, Kutná Hora, Czech Republic. This extraordinary scene, with striking original music by Enjott Schneider, performed by Harald Feller, is an “in-your-face” depiction of raw talent and elemental music-making; we see the young genius, overwhelmed and possessed by his gift; we see the listeners, enraptured and enraged by the audacity of original talent; and we also see the mechanism of the organ as a participant in the performance. Although the whole film is in German, this scene speaks for itself, loud and clear.

To end on a lighter note, I offer this excerpt from Federico Fellini’s Roma (1972), a semi-autobiographical comedy-drama dealing with Fellini’s youth in Rome. I was delighted by the irreverent freshness of this “ecclesiastical fashion show”, although the organ, played in duet by two nuns, is only fleetingly prominent in the score by Nino Rota.

Explore some more on your own at http://www.hirten.com/the-pipe-organ-on-film/